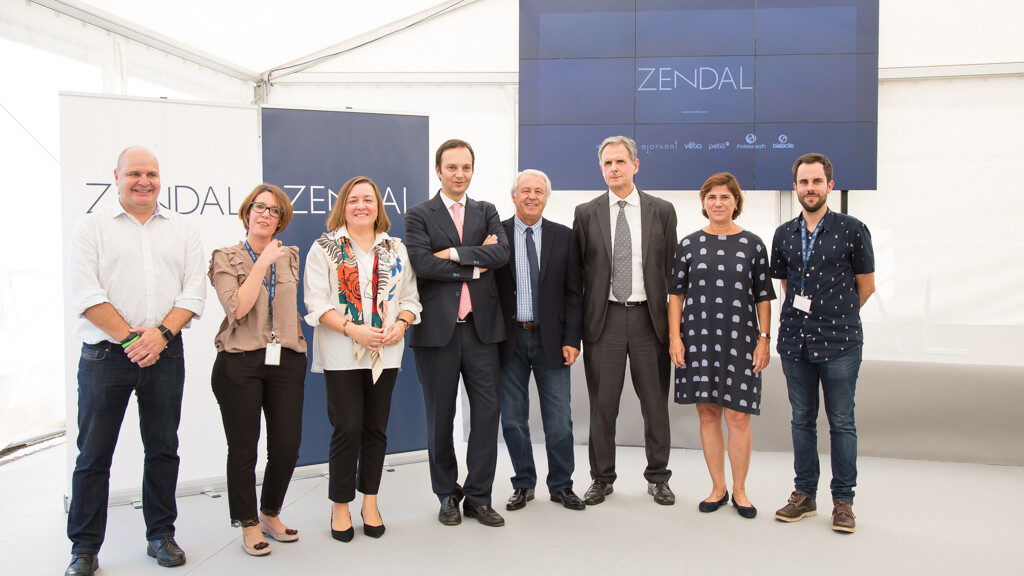 Vigo, 29 November 2018. The business group, which is specialized in biotechnology and pharmacy for human and animal health and consists of CZ Veterinaria, Biofabri, Vetia Animal Health, Petia, Probisearch and Bialactis, is celebrating its 25th anniversary by launching an umbrella brand named after Isabel Zendal, the Galician woman recognized by the WHO as the first nurse in history to take part in an international medical mission.

In 2017, the company had a turnover of more than 40 million euros and is currently finishing a new strategic plan for the coming years aimed at becoming an international leader in human and animal biotechnology.

The new umbrella brand is inspired by a woman, Isabel Zendal, recognized by the World Health Organization as the first nurse to take part in an international humanitarian mission, the Balmis expedition, which set out from Galicia on 30 November 1803, exactly 215 years ago, to take smallpox vaccination to America, China and the Philippines.

Grupo Zendal’s parent company, CZ Vaccines, is considered to be one of the three main providers of vaccines against bluetongue (a viral disease of ruminants) in Europe and is the only laboratory that operates in almost all countries where the vaccine against this disease is provided. Over the last ten years, it has provided more than 300 million doses of the vaccine, sold under the name Bluevac, to governments and pharmaceutical laboratories through cooperation agreements.

Leader in mycobacteria and clostridial vaccines

The Group is also an international leader in the production of mycobacteria (a type of microorganism that causes a great number of infections in both humans and animals) with capacity to produce 150 million doses of tuberculin annually for the diagnosis of bovine tuberculosis, which makes it the world leader in this specialty. Furthermore, it is the most important European manufacturer of clostridial vaccines for ruminants.

Biofabri, which specializes in human health, is developing a new vaccine called MTBVAC, the first and only live attenuated vaccine against tuberculosis, obtained from a genetically modified Mycobacterium tuberculosis strain, isolated from a tuberculosis patient. The strain used to make this vaccine comes from a human pathogen and thus has a much greater number of tuberculosis antigens than BCG, a vaccine created more than 100 years ago and the only one available until now. The new vaccine is currently in the phase 2a of its clinical trials.

“We are building a new base of brands that will allow us to segment our company, be consistent and renew our brand image”, said Pedro Fernández Puentes, president of this group, which specializes in vaccine research, development, manufacturing and marketing as well as other biotechnology products related to human and animal health.

The Group’s new brand comes after the rebranding of the parent company, whose name was changed from CZ Veterinaria to CZ Vaccines. Its managing director, Andrés Fernández Álvarez-Santullano, has stated that this company, which operates in over 65 countries, meets the “new needs in terms of prevention required by today’s society”. The parent company was renamed on its 25th anniversary. “Twenty-five years later, we are bigger and so is our field of action; our perspective is more comprehensive and we want a trademark that represents our essence, biotechnology, and ultimately prevention through vaccines”, he explained.